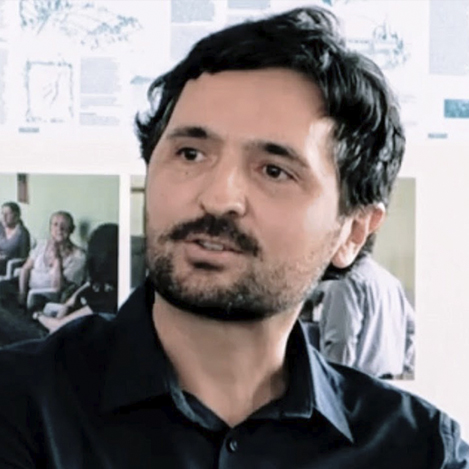 Leandro Medrano is Professor at the Department of History of Architecture and Aesthetics of the FAUUSP. He graduated from FAUUSP where he also obtained a PhD. He completed a master’s degree at Universitat Politecnica de Catalunya and postdoctoral degree at Universitad Politecnica de Madrid. His doctoral thesis deals with the concepts and theories dedicated to collective housing in the 1990s, with an emphasis on the influence of information technologies and globalization in shaping the spaces of habitation and their multiple urban relations. The issue of housing was also the subject of other research projects concluded between 2000 and 2018, based at Unicamp and USP universities, such as: «Architecture competitions and social housing projects» (2004-2005); «New neighborhoods metropolitan areas. Alternatives for the urban configuration of post-industrial cities. ”; «São Paulo architecture: critical analysis of contemporary production»; “Social housing in the central region of São Paulo: critical analysis of projects carried out between 2001 and 2008″; «The relationship between housing and the city in the houses of Vilanova Artigas”; «Social housing in dense urban areas: methodological guidelines for projects in Brazil.»; «The role of Social Housing in the urban centers of São Paulo and Madrid: densification strategies and sustainable practices in the rehabilitation and construction of new buildings.»; «Housing policies and urban development: the PMCMV and the city of São Paulo»; «Social housing and urbanization in the industrialization of São Paulo: ideas of architecture and the real city.”. Such research projects resulted in 46 publications in academic journals, 4 books and 4 chapters in books.

Main Research and Education Activities
Since 2018, Leandro has been the Researcher Coordinator for the FAPESP Thematic Project «Architecture and Urbanism, addressing the social space in the 21st century», carried out in partnership with universities: Harvard (USA), TUDelft (Netherlands), UPM (Spain), ETH Zurich (Switzerland) and KTH (Sweden). During his time at Unicamp (2003-2013), he was Director of the Student Support Service at Unicamp (SAE), Graduation Coordinator and was a member of the Higher Council of the Museum of Sciences and Visual Arts Museum at Unicamp. He was creator and Editor-in-Chief of PARC-Unicamp journal. He was awarded the FAPESP Young Researcher Project (2006-2009), Regular FAPESP Assistance (2010-14 and 2014-2016), CNPq Universal Edital 2008, CAPES / DGU Edital no. 040/2012, and 48 other grants and scholarships linked to FAPESP. Participated in the organization of the XII SAL – Seminar on Latin American Architecture, the II International Congress of Vivienda Colectiva Sostenible (in partnership with ETSAB-UPC, Barcelona), the I and II International Seminar on Collective Housing and Contemporary City, at the Seminars 21S#1 and 21S#2, among other scientific events. As part of his activities at FAUUSP, in addition to teaching undergraduate and graduate courses, he supervised 13 master’s dissertations and 8 PhD theses. He was President of the FAUUSP Research Commission between 2016 and 2019.

Knowledge Dissemination
Leandro is Editor-in-Chief of the Pós Post FAUUSP, Coordinator of the research group Critical Thinking and Contemporary City (PC3), member of the Contemporary Studies Group of CEAv-Unicamp, representative of FAUUSP on the Council of the USP Science Museum. His main works address issues related to urban development in cities. Theory of architecture and urbanism, urbanism, urban design, urban space, collective housing, housing of social interest and higher education, are some of the fields involved in his recent research. He was a guest speaker at several institutions, including: GSD Harvard (USA), ETH Zurich (Switzerland), KTH (Sweden), FAUP (Portugal), CCNY (USA), UPM (Spain), TUDelft (Netherlands), FAD (Argentina) ). He published several articles in national and international specialized journals, and is the author of the books «Housing and the contemporary city: São Paulo and Madrid», «Vilanova Artigas: Housing and the city in Brazilian modernization» and «The virtualities of living: Artigas and the metropolis».

Leandro Medrano is part of the Experts Committee of the BAM’s Annual Ranking of International Master’s of Architecture. We invite you to learn more about his professional work by visiting the following links.